Haldwani, in the recent years, has developed quite a lot and is attracting tourists more than anything. Haldwani is divided in to 25 wards and these 25 wards are further divided into 65 municipal ward sanitation committees. From Municipal Corporations to Police Stations, from Civil Courts to Income Tax Department, the administration is working well and is helping in making the city of Haldwani a much better and developed city. Some of the Administrative offices and corporations in this city of Uttarakhand are: 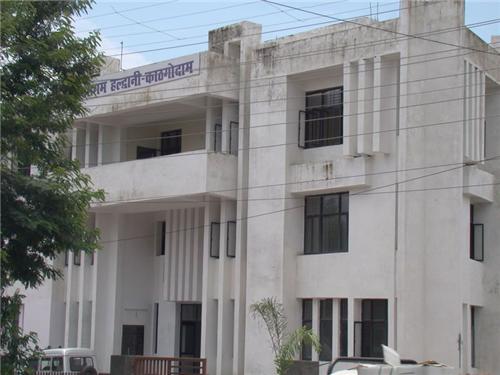 Nagar Nigam, ever since its establishment in the city has changed the very face of how administration is run. It has been ranked as a ‘first-class’ Municipal Corporation. All the 25 wards and the 65 sub-wards come under the Nagar Nigam and for the development of which the Nagar Nigam is fully responsible. Public Health, Public safety, Development activities etc. are all part of the responsibilities that the Nagar Nigam of Haldwani has to undertake.

According to the 2011 Census, the total population of Haldwani was 1,56,060. The entire population is the responsibility of this Municipal Corporation. The paper work is also important and Nagar Nigam also deals with Birth and Death Certificates and the registration for the same.

‘Clean and Green Haldwani’ is a campaign that was launched by the District administration and basically encourages people, schools, traders, public and private sectors etc. to plant more trees. The good work that they are doing does not stop here. In addition to this, the local administration strictly deals with people who are found polluting or defacing public properties and the environment of the city. People found doing such things are fined and an FIR is lodged against them. Before the ‘Clean and Green Halwani’ campaign was launched, debris and wastes from parks and other places of the city were disposed off by the officials of Nagar Nigam. The Motto of this campaign is to spread awareness of the importance of hygiene and cleanliness in life. Many schools and private sectors have involved themselves in this campaign and are supporting this great cause. Various competitions like painting and essay writing are also organized to promote this campaign. You can also see various banners and posters all around the city to create awareness for the same. It is nice to see that the local forest department has planned to plant different variety of plants in the city and that too free of cost.

Furthermore, Haldwani Municipal Corporation is working on the problems being faced by the people of the city like water supply and electricity supply. It is planning on projects like complexes, community schemes, welfare, parks, road network and civic amenities. Established on 21st September 1942, the Haldwani-kathgodam Municipal Council, as per population, is the second largest Municipal Council of Uttrakhand, after Haridwar. 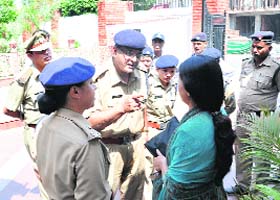 In a city like Haldwani, where there are numerous tourists, the safety of the people is very important. The Police are doing a fine job in this city and that is why the city is attracting tourists. Different check-posts are also put up in the city which are handled by different police stations.

There are four Police Station and Chowkis in Haldwani. The Police Department is headed by the S.P. of the city who is assisted by the C.O. and its sub-ordinates. The details of all the Police Stations and contact numbers of a few important Police officials are listed below.

The income tax department of Haldwani delivers quality services. Over the years it has built a professional and motivated workplace. It is also continuously trying to upgrade its skills as well. The fairness with which it enforces its tax laws is worth appreciating. It formulates progressive policies and makes compliances easy. Basically this department, like other Income Tax departments, partners in the nation’s building process through its tax policies. What it is known for is its effective and efficient administration and the improved voluntary compliance. Equality and transparency is always maintained and this helps in promoting taxpayer’s awareness towards voluntary compliance. Continuous research is done which lays the foundation of tax policies and administration. In this big world of technology, good use of the technology is adopted by this department which enables improved service delivery.

The city of Haldwani does not boast of a high court. The nearest High Court is located at Nainital. But it does have a District Court and a Civil Court. The District Court has many sub-courts, all of which have judicial officers and Judges who help in giving justice to the people. The details of the courts in Haldwani along with their related Judicial Officer are given below.

With such a strong police force in the city, crime has reduced considerably. It has not disappeared though, because all the criminals have been locked up in the one and only jail of Haldwani, which is the Haldwani Central Jail. This Jail has been there since the time the Britishers were in India and is said to have a capacity of holding 250 inmates. This jail, at present, is holding more than 850 inmates.

Even though the Jail has developed since 1906 till now, and the number of inmates has grown from the original 71 to more than 850, the shocking thing to note is that the man-power of this jail is still the same as it should be for 71 inmates. With the increase in the number of inmates, without the increase in manpower has led to the cancellation of many reform programs for inmates, which could have helped a lot of inmates get back on their feet. The only reform program that was held for the inmates of this jail was done by Vedanta Foundation, which set up a Computer Training Center at Haldwani Jail. This was the third Computer Training Center that was set up by the Vedanta Foundation in Uttarakhand. It also conducts placement drives in the prisons. This program is known as ‘Umeed’. More than 100 inmates have been placed till now and more than 20,000 inmates have been given training so far.