Business and Economy of Haldwani

Haldwani is Kumaon’s fruit and vegetable bowl. It is the biggest market of fresh fruits and vegetables along with food grains. It has tremendous commercial and economic potential as a virtual gateway to Kumaon, Garhwal and the remaining parts of Uttarakhand. It has the favorable position of being literally at the mouth of the Ganga as it flows from the hills to the Gangetic plains.

After the formation of Uttaranchal in November, 2000, Haldwani became a focal point for development of industry as well. 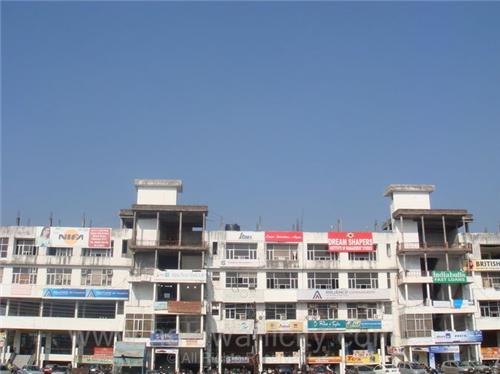 Quarrying and Mining in Haldwani

The Gaula River, flowing at the feet of the Bhabar on which sits Haldwani township, is a major source for the supply of the major quantities of boulders, sand and gravels. This quarrying of the river bed is a major economic input in the form of revenue for both, the private practitioners and the government.

The status of Haldwani is as an economic hub can be seen in the several business outlets that run purely on trade. Whether it is perishable commodities or non-perishable ones the traders of Haldwani stock and distribute their goods all over the hilly regions. The entire hill region is dependent upon the material and supplies that are stocked and then passed on to other hill town and settlements.

Ever since it was formed into a state, Uttaranchal has had the floodgates opened for all kinds of opportunities. Naturally occurring products like organic grains, herbal, horticulture produce and other environment-friendly handicrafts would all attract revenue for the investor, the traders as also the government. Besides these, the agricultural and pharmaceutical products sector would be a great draw for the investor, industrialists, entrepreneur, business people as well as retailers and distributors. The traditional and the modern – both junction of the hills and the plains.

Haldwani is the trading post for both the goods being produced in the plains to be transported to the hills and conversely the products of the hills are brought to Haldwani from where they are bought and retailed further for the plains. Pantnagar and Rudrapur are two other up and coming industrial zones that are coming up close to Haldwani. With the rapid development areas are a number of opportunities for the industrialists and businessmen alike to come further and participate in the progress of Haldwani.

Seeing the tremendous potential of the land and its surroundings, Haldwani holds out the promise of being the land of opportunity for a number of reasons.

Already a major revenue earner for the state of Uttarakhand, tourism has much more scope for Haldwani and nearby locations. The concept of rural tourism is fast catching up where the tourists prefer staying with the local population rather than in hotels and resorts. The comforts of home, a taste of the local cuisine as well as spending time exploring the nooks and crannies of an old world, charming hill town – all these afford the tourist with a tremendously different experience. Beside such opportunities, there are several more ways in which the tourist potential can be explored and maximized for its optimal output to help the township progress and blossom to its zenith. Businessmen, investors, resort owners as also the local community can capitalize on these fresher opportunities.

There are also several openings for other business enterprises like construction material, adventure equipment, floriculture as well as medical tourism in the lap of nature. It would also prove to have great scope for all forms of educational and training institutions that would be rooted in the ancient teaching of the Gurukul system. Therefore, it would be a wise move to visit the Haldwani region and explore its vast investment potential for the future.

In case some investors take up the opportunity it could also be the outpost where tourist, trekkers, white river rafters, mountain climbers, wrapplers and all kinds of adventure enthusiasts could pick up their specialized equipment and various other supplies here itself at Haldwani. Thus, there is great scope for the promotion of various forms of tourism here. Starting from adventure tourism to rural tourism opportunities the region offers tremendous potential for eco-friendly opportunities as well as medical tourism. There are a large number of areas where tourist would be enthralled by the bounties of nature like the flora and fauna surrounding Haldwani.

As the atmosphere and climate are idyllic in and around Haldwani there would be a pleasant placement of all kinds of clinic institutions of education and training as well as sanatoriums to come up in the region.