Entertainment and Nightlife in Haldwani

Haldwani, in the recent years has seen a rise in the number of tourists. It has started to become a famous destination for people for getaways and adventure. Another fact about this city is that it is the third most populated city in the state of Uttarakhand. People need some form of entertainment in their lives. Tourists also mostly travel because they are also looking for a change in their lives. There are quite a good number of places in Haldwani for entertainment. Some of the famous forms of entertainment in Haldwani are cinema halls, parks and gardens, pubs, doll museum, 7D and 5D theatres and various fun activities like adventure sports etc. 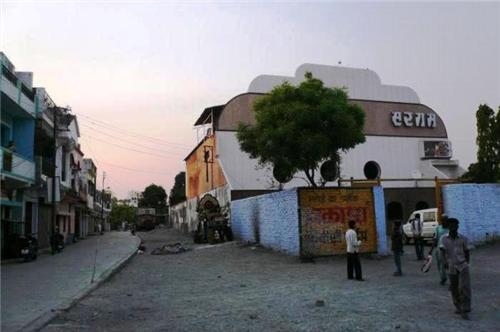 7D and 5 D Cinemas in Haldwani

People have recently accepted wearing 3D glasses while watching movies. 3D movies offer great visual effects. But just when we started getting comfortable with 3D movies, ‘Max Entertainment’ brought us something even better. Movie buffs go crazy with this technology. It is not 3D, it is not 4D. It is 7 D. While 3D movies allow people to see only the volumetric picture, 5D and above movies allow you to enter the world of virtual reality. There are armchairs which, when a picture is shown on a screen, move in synchronization with additional special effects. The combination of special physical effects like lightening, snow, fog, rain, smoke and wind from all directions, and the 3D cinema, creates an out of the world experience, which is 7D. The seats are specially designed seats with hydraulics, which gives movement in 6 directions in synchronization with the movie and has features like neck blast, air blast, leg and back ticklers etc. They are capable of giving jolts to audiences in synchronization with the numerous developments in the movie.

This theatre has over 70 movies and charges you just Rs.100 for any 2 movies. For this level of entertainment, this fees is a big bargain. The show timings are from 11am to 9pm every day and the movies run every 30 minutes.

Bars and Pubs in Haldwani

The concept of ‘nightlife’ is still lacking in Haldwani. Usually after 9 pm, the markets shut down. Only a few restaurants and cinemas are open after 9 pm in Haldwani. The only entertainment you can get after 9 pm in Haldwani is at pubs. There are no discotheques, night clubs or lounges. But you can head off to the pubs, enjoy a drink and snacks and relax with the good music playing in the background. The two well-known pubs in Haldwani are given below.