* In case of any delay in receiving the OTP, you may verify it later. Please proceed without verification.

Your mobile number is not registered with us. Please register your mobile no.

Haldwani is a major tourist spot due to its location in the Bhabhar region. Here, the rivers from the mountain submerge and re-emerge as Indo-Gangetic plain. Kumaon hills also start from Haldwani. The proximity of the city to the hills and its elevation from the sea level of 425 mts makes the climate of the plain to change suddenly depending on the weather in the hills.

It is also to be noted that on the outskirts of the city one can find large diversity of flora and fauna which makes it a lush green area with pleasant weather throughout the day (especially in the morning and evening) and is also a place for tourism which thrives on in Haldwani. All of the above make it an ideal tourist place for tourists who visit the city round the year.

Some of the major tourist attractions around Haldwani are: 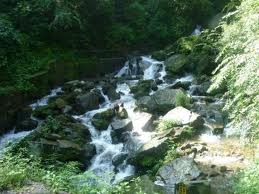 A famous hill station that derives its name from the eye shaped (Naina) Naini Lake which is also a prominent place of picnic. Naini Lake is also associated with Hinduism as it is one of the 64 shaktipeeths. One could also find picturesque scenery and bountiful nature. Apart from the lake, can also visit Nainital Zoo, China Peak with the latest addition being Eco Cave Garden to teach children about eco-sphere.

How to reach: From Haldwani, if you want to go to Nainital, you have buses available for every 30 minutes from morning 6.00 a.m. to evening 6.00 p.m. Apart from the regular state buses, you can also take the taxis and jeeps and sumos that are frequently available.

The park which was named after Jim Corbett is one of the oldest national parks. He was the instrumental in the setting up of the national park especially to protect the endangered species of Bengal Tiger of India. This place is termed as a protected area and for the secured survival of the animal “Project Tiger” was initiated. It has the geographical and ecological features of sub-himalayan belt. It is also a place for eco-tourism where 488 different species of flora and a diverse variety of fauna are found and being preserved.

How to Reach: You can reach the park either through state operated bus or through private buses and taxis.

Bhimtal is a town and nagar panchayat situated at an altitude of 1370 meters above the sea level and is some 22 Kms from Nainital. This village is named after Bhima of Mahabharata. The Bhimeshwar Mahadev Temple in the village is considered to have been built by Bhima during his exile period. You will also find many sightseeing places in Bhimtal Village.


How to Reach: Bhimtal could be reached through various private buses and government operated buses and also through private autos and taxis.

This is situated in the town of Bhimtal and an island is found at the centre of the Lake. It is the only largest and perennial lake that is found in the real lake district of Uttarakhand. Apart from supporting aquatic life, also serves for the Trans Himalayan birds’ winter stopover. Though the town was ancient, it was not prominent because of the popularity of Nainital which was also the summer capital that contained all the amenities of any European town.

How to Reach: Depending upon the budget, you can take the state operated buses or private buses to reach Bhimtal Lake and can even take private mini vans, autos and taxis. 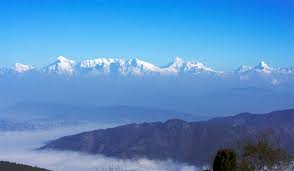 It is a tourist destination in Nainital District and is quite famous for 350-year-old temple to Lord Shiva known as Mukteshwar Dham. It is also an abode of Shri Mukteshwar Maharaj ji; now his disciple Swami Sanshudhanandji stays there and the whole complex is known as Tapovan and an ideal place for meditation. Apart from that one will also find many orchards, snow-peak views, wildlife, etc.

How to Reach: It can be reached through various private buses and government operated buses throughout the day and also through private autos and taxis.

Otherwise known as ”Lake of nine corners” is a lake that is 175 feet deep that was surrounded by hills. The hill station which is full of trees and shrubs is the smallest hill station in Uttarakhand and the lake is the deepest of all the lakes in Nainital region. The perennial spring that is found underneath the lake keeps it running throughout the year. The mythology goes by that whoever sees all the nine corners of the lake at one shot attains Nirvana. Another belief goes by that that this lake was created by Brahmaji which is also supported by the small temple of Brahmaji that is found near the KMVN guesthouse. Any person completing the parikrama would receive the blessings of Brahma.

How to reach- Naukuchiatal is easily reachable by taking state operated buses and hiring cabs and taxis according to your requirements.

The town is surrounded by lush green mountains and its scenic vistas and unobstructed views of the Himalayas which is undoubtedly rich in flora and fauna. It is ideal for all those who want to spend their holidays among serenity and peace. It also an export hub of many fruits. The town also has a TB Sanatorium to treat the people suffering from tuberculosis and other diseases associated with lungs. This place that has pleasant climate, calm and peaceful ambience and with rejuvenating environs, was treated by the Britishers as health resort prior to Independence.

How to Reach: To reach Bhowali, you can take state operated buses, vans as well as private buses and vans. Other means of transportation like autos and private taxis are also available.

This village is an ideal place for all those who are interested in floriculture, horticulture, orchards, nature walks, bird watching, butterfly catching etc. All major tourist attractions could be easily reached from this place.